The female bond rarely breaks and if it does creates a pain that is indescribable. It can take years to separate those with an agenda and the ones who have no other motive other to be sincere in every aspect of your friendship. After watching James Franco and Seth Rogan in Pineapple Express it occurred to me that Bromance is no different but of course it’s all about male bonding. There is however something that links the two; unselfish behavior. The truth is we would do anything for each other even if it means being brutally honest…tough love.

I can’t imagine being without the women in my life now. Each embark on different journey’s and find ways to include their female friends and family in the hope that we all grow and benefit together. In the past, this was not always the case and for every male hating, he did me wrong quote on Facebook, nothing surpasses those that describe the sometimes brutal and selfish motives from one woman to another. A real woman is unselfish; turning your disadvantage to her advantage is an alien concept to her.

Opposites do attract and the film Steel Magnolias is for me the best example of this. Sexy, cranky, eccentric, geek, and troubled. Each character fascinated by the other and wishing they had just an ounce of their friend’s unique qualities themselves. So the next best thing is to surround yourself with a joker who thinks of ways to get you laughing even when you don’t feel like it, someone to feed your mind with interesting facts you’ve never heard before, someone who isn’t scared of taking chances when all you do is dream about doing something that’s out of character and someone brazen enough to display her ample cleavage wearing a skirt way above her knees with complete confidence.

There will be fights, yes there are plenty of them and they are usually born from frustration, passion and men. We don’t fight over men but there will always be one of your friends who’ll refuse to hold back and tell you straight what a fool you look. Deep down you know it’s all true but you do it anyway; she will say I told you so, another will tell you to get back on the horse you fell from there are plenty more where he came from and the shoulder to cry on? You know, the one that cry’s with you and provides the medicinal ice cream in the hope it will cure you.

We create a circle that can’t be broken by anyone but us, if you feel as though your fingers are slipping and you stop holding hands just for a moment the circle collapses; you collapse too. Both sexes are sentimental another trait we have in common and it’s true that we sometimes get distracted but all we have to do is remember those who stopped us from tumbling down and if at some point in our lives we fall with a thud those who extended their hand to pull us back up again. 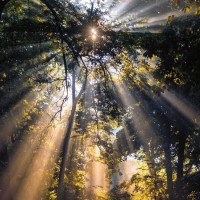 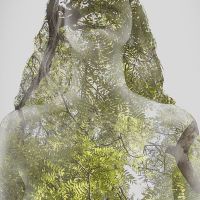 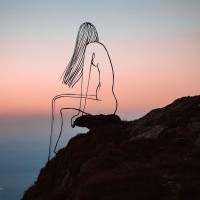